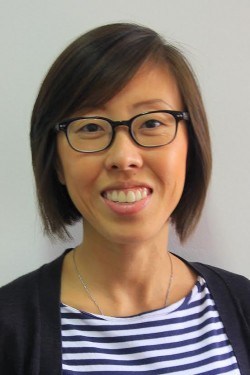 Aik Song graduated from the National University of Singapore with a Bachelor of Laws (Hons) and spent 7 years in legal practice, including M&A Advisory, Due Diligence, Contract drafting and Research work, before joining SGX-listed Ezra Holdings Limited. As one of the Legal Counsels at Ezra, she was responsible for the day-to-day handling of legal and insurance matters. In the insurance aspects of that role, Aiks, as she is known, developed an interest in marine insurances and decided to move her career in that (our) direction.

Now an important member of the Tigermar broking team, Aiks is ambitious and excited about developing her broking skills. Her experience in legal practice and in the corporate office of a major ship and shipyard owning group adds to the capability of our team. Likewise, our clients can benefit from her knowledge of the Offshore, Subsea, Construction and Shipyard sectors combined with her skills reviewing and negotiating Charterparties, FEED, SURF, EPC, FPSO, ROV, Shipbuilding and Financing contracts, Deeds of Assignment and Sale & Purchase agreements.

Aiks has completed a number of marathons which illustrates her ability to take on challenges and conquer them. Whether it be running, rock wall climbing or chasing after her son, JR, Aiks is always calm and level-headed, something greatly appreciated in Tigermar’s office!